The Howling, an underground goth literary/arts magazine, was first published by Shadow Archer Press in 1993 and was in production for 7 years with 15 issues distributed through Barnes and Noble, Books-A Million and other locations. Release date events were held for each issue at local bookstores, coffee bistros, restaurants, and festivals incorporating live bands, art shows, poetry readings, comic conventions, tattoo and piercing vendors. 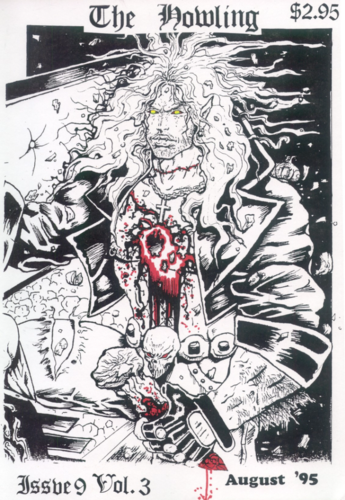 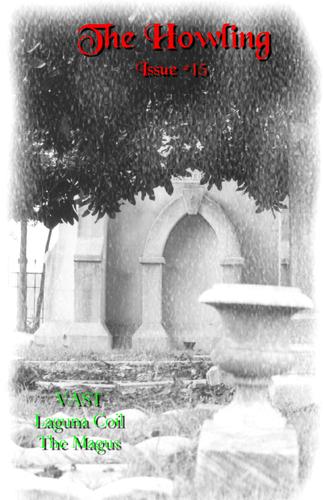 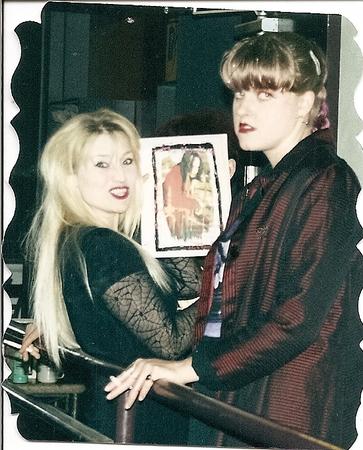 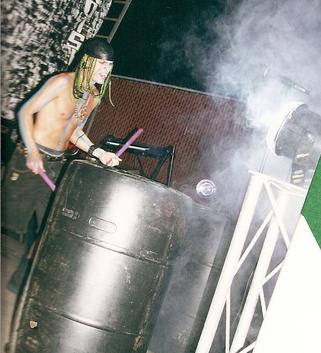 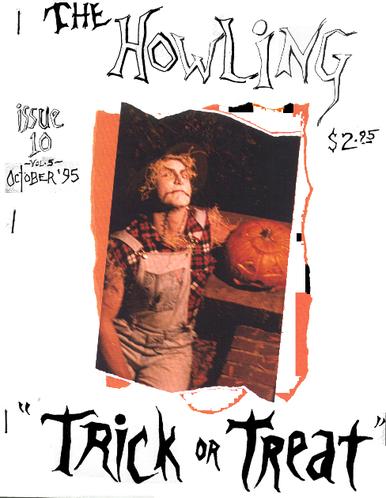 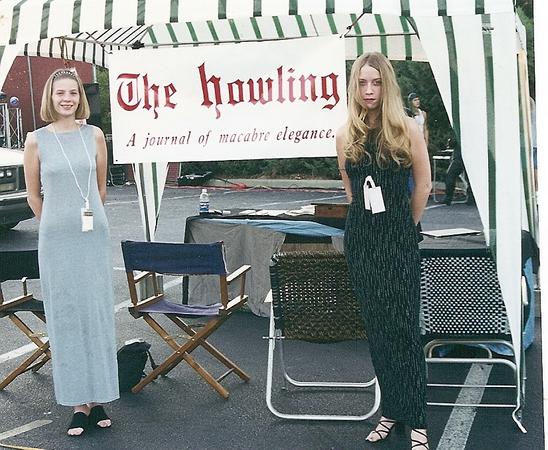 The Howling was a bi-annual magazine that started publication in 1993. For six years, it focused on the literary and art perspective but also covered the music angle of the gothic scene. Featuring interviews, fiction, poetry, original comics, photography and art as well as reviews of magazines, books, CD's concerts, etc.

Released in 1993, the first issue of The Howling, was a local co-op effort of 32 pages. It was cut and paste, black and white and slated to be published only once. Due to persistent requests and demand, The Howling was continued, and expanded to up to 100 pages, many of them in color composed in Adobe Photoshop and our contributors have hailed from across the US and England.

One of the rewarding by-products of publishing the past fourteen issues of The Howling is that the magazine has served as a springboard for new and emerging talent. Many of our staff or regular contributors have gone on to publish their own magazines:

The Howling was distributed all over the U.S., Canada and Australia, through local outlets as well as Barnes and Noble and Books A Million. Each time an issue was released, they staged a public event for both the staff, our readers and the gothic and subcultures underground. Parties were put-on at bookstores and coffee houses, costume balls, art shows, poetry readings, and concerts, featuring the likes of Static Division, John Ehlers of Heretech, Don Starnes with Cinema Blue and the Tribe Saif drummers.

The Howling was edited by Gail Gray and published by Shadow Archer Press. 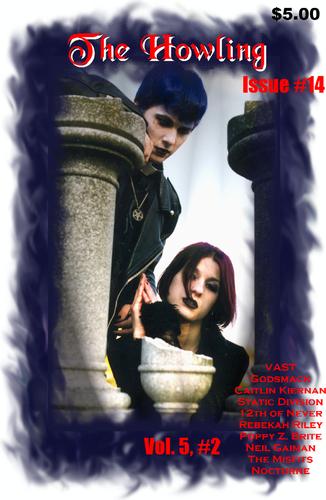 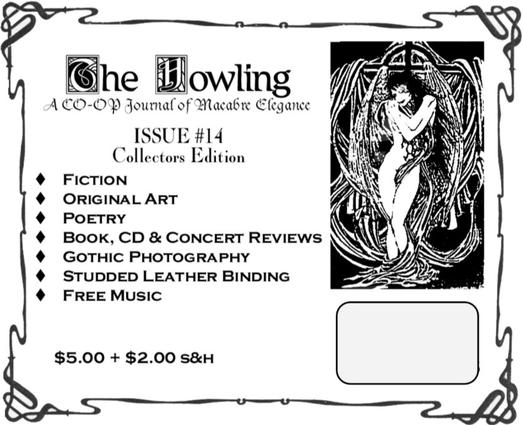 Any and all issues of THE HOWLING for the Shadow Archer Press archive.  Even scans of the covers would be a big help.  info@shadowarcherpress.com/. 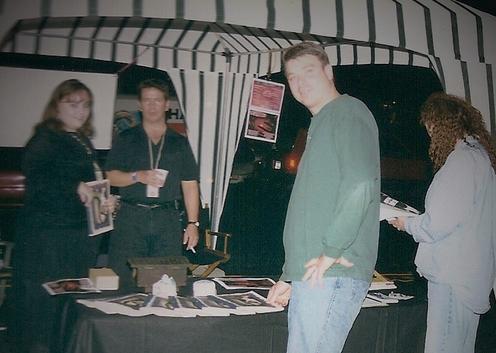 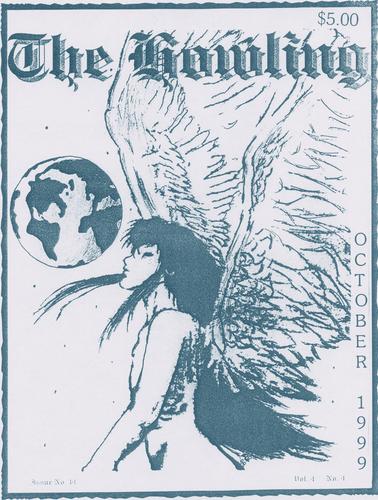 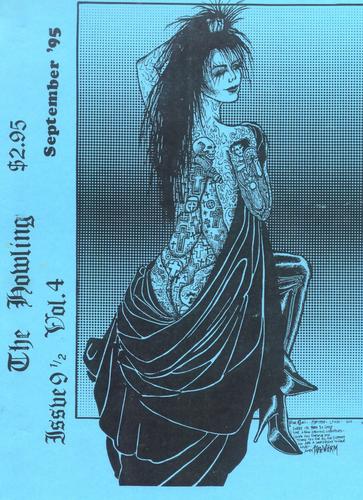 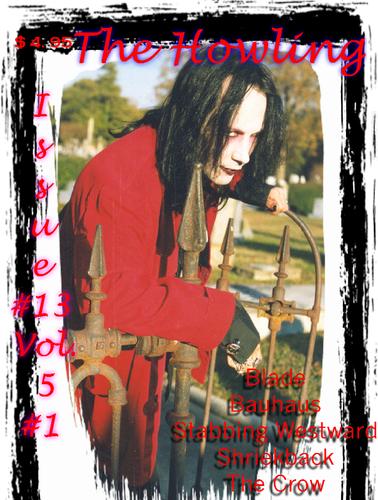